We Are Now Live On Amazon: www.PodChix.live 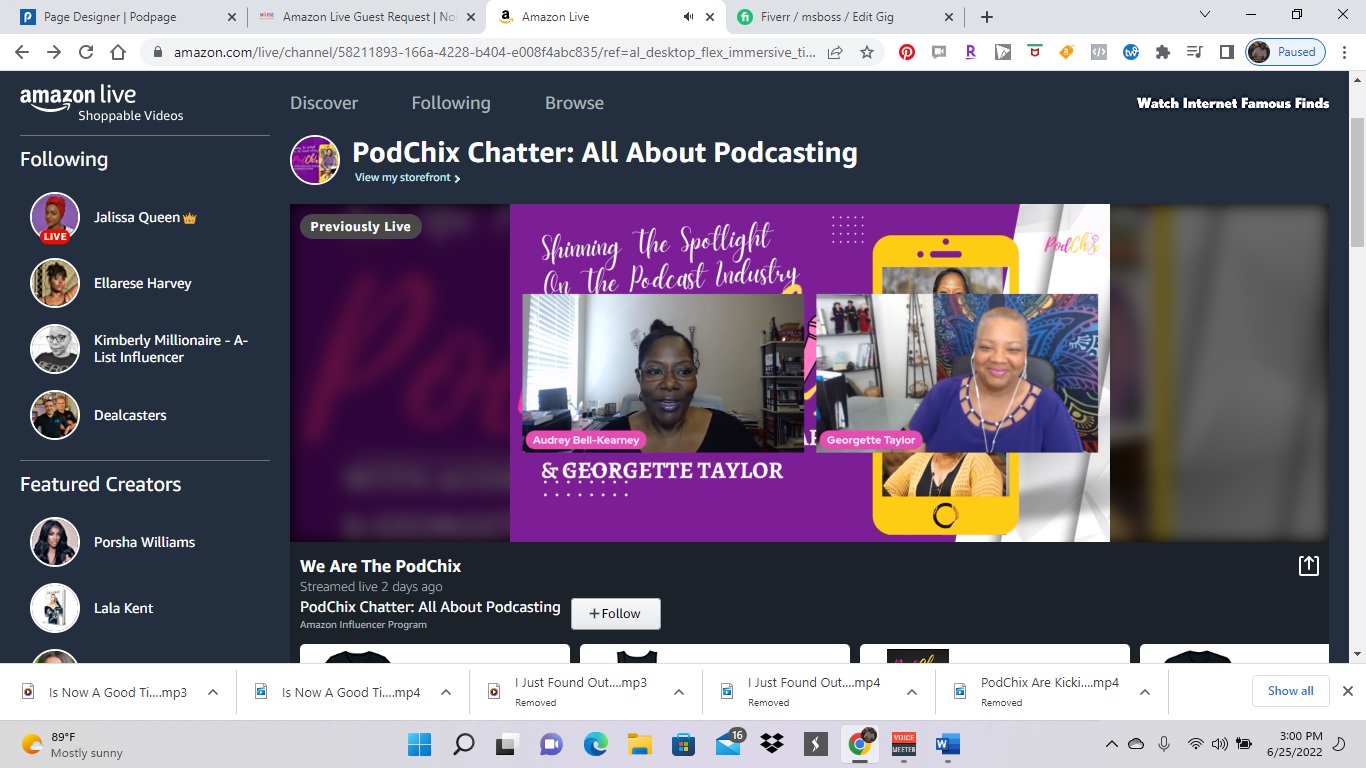 Last year my friend Chris Stone and his partner Jim Fuhs had me as a guest on his Amazon Live show. It was a really cool experience. I felt like I was on an episode of HSN selling my books. The crazy thing about this was that I didn't even know that Amazon allowed livestreaming from their platform. I know Amazon had a bunch of other programs, because I was already selling my books on the platform, have a channel on the Firestick and my podcast can be heard on the Echo Dot by asking Alexa to play it, but I didn't know about the video livestreaming. Needless to say that I was excited, because I know in order to keep expanding the Noise Brand I have to do like the big brands and be everywhere, so I applied to be an Amazon Influencer and was rejected in 30 seconds. I was deflated at that point and didn't try again, because I didn't really know what the criteria was to be accepted. Then I went to Podfest and attended one of the Amazon Live sessions and set to the table with a young lady that was killing it on Amazon named Kimberly Millionaire who is an Amazon A-Lister. I told her I had been rejected and she told me to try it again, so I did right then and there and again I was rejected. I thought oh forget this crap and I went to another session before it was my time to take the stage and speak.

This all happened in May, fast forward to a couple of weeks ago I was talking to Chris and I told him that they had rejected me three times already and he was shocked because I put out so much content. He said try it one more time and I did and behold this time I was accepted. I was shocked, so it's all about timing, because I hadn't changed anything. Now as excited as I am about being on the Amazon platform, Podcasting is my baby, so I decided to kill two birds with one stone and launch an interview show on Amazon that I could easily convert into a podcast. I asked my good sister friend to cohost the show with me and she said yes and the PodChix Show was born and we went live this past week. All though I go live 4 days a week with the Good Morning Gwinnett show, this experience was a little different, because I felt the pressure to be selling from the platform, so I have to figure out what feels more comfortable for me. My reason for sharing this experience with you is to say that sometimes you need a little push to keep moving. I almost gave up on Amazon, but because I got a few little pushes we are now livestreaming from the largest ecommerce platform in the world.

Make It A Great Day! 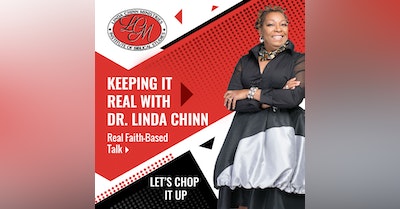 This podcast is hosted by minister Linda Chinn. She will help Christians understand the bible in a more spiritual way. 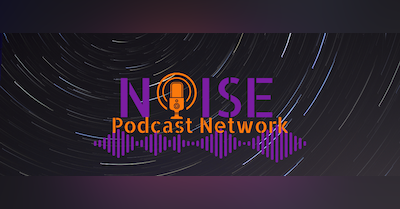 We Crashed The Story Of WeWork Inspired Me To Be Crazy